​
By John Orcutt on September 1, 2016 in Funding and Finance 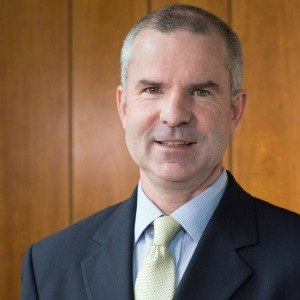 The information age owes its beginnings to taxes. Blaise Pascal invented the first computer in 1642. It was a digital calculator—the Pascaline—that could add, subtract, multiply, and divide numbers up to five digits. While the Pascaline was not an immediate success, the invention inspired other inventors and was a crucial first step for the modern computer. Readers may appreciate that Pascal was a child prodigy (he invented the Pascaline at age 18) and one of the world’s all-time great mathematicians and physicists. But they many not appreciate why Pascal invented the computer. He developed his revolutionary device to help his dad, a French tax collector, run tax calculations. In a way, taxes launched the computer revolution. 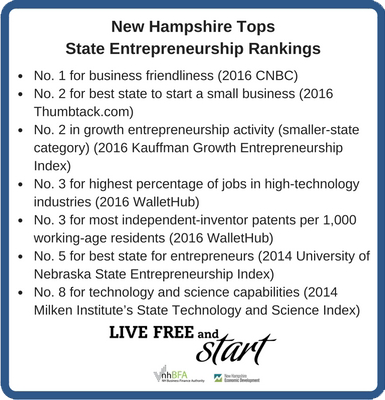 New Hampshire’s success is no accident. Entrepreneurial companies operate within a complex innovation system. When the business, government, and education sectors work together, good things occur. And this is where taxes return to our story. In 2014, Ross Gittell (Chancellor of the Community College System of New Hampshire) and I were asked by a group of business and legal experts to examine New Hampshire’s regulatory environment for startups. Startup formation and growth is particularly sensitive to the regulatory environment. Burdensome regulations that are nothing more than a nuisance to a large company can mean the difference between survival and bankruptcy for a startup. We issued our report in 2014 (initially in March, and an updated version in July) click here to download July report.  During our research, we found problematic tax provisions—most notably New Hampshire’s infamous phantom gain tax—were among the most serious regulatory problems for startups. Following our report, Governor Hassan met with business executives throughout the state and formed Live Free and Start to support entrepreneurs and tackle tax and regulatory impediments to startup success. While Live Free and Start is about much more than taxes, tax concerns helped get things started.

Live Free and Start won’t revolutionize the world like the Pascaline, but it is helping improve New Hampshire’s startup community. On the legislative side, Live Free and Start worked with legislators and the Bureau of Securities Regulation to modernize New Hampshire’s Securities Act, worked with the legislature and the Secretary of State’s office to make it easier for businesses to register their names, and helped secure funding for New Hampshire’s business incubators. And let us not forget those pesky tax issues. In June this year, Governor Hassan signed into a law SB 342, which eliminated the phantom gain tax. SB 342 is among a number of tax law changes the state has implemented over the last few years to improve the regulatory environment for entrepreneurial companies.

Every one of these legislative initiatives has been bi-partisan and involved policymakers, entrepreneurs, and other stakeholders working together to improve the state. This collaborative relationship is key to New Hampshire’s future economic success, as it prepares our policymakers for the challenges that come from an innovative economy. By their nature, innovations push policy boundaries. Just think of the regulatory challenges drones have caused. Nimble states that can innovate policies and regulations to keep pace with entrepreneurs will be the most successful. New Hampshire is well positioned to thrive in that environment.

John Orcutt is a Professor of Law at the University of New Hampshire School of Law. Orcutt is author of the upcoming book, Securities Regulation for Startups (Carolina Academic Press, forthcoming in 2017), and is a co-author of Patent Valuation: Improving Decision Making through Analysis (Wiley Finance, 2012) and Shaping China’s Innovation Future: University Technology Transfer in Transition (Elgar Publishing, 2010). Before coming to UNH Law, Orcutt worked as a Silicon Valley investment banker and a capital markets attorney. Orcutt is a member of the Live Free and Start Advisory Council.
View all posts by John Orcutt →