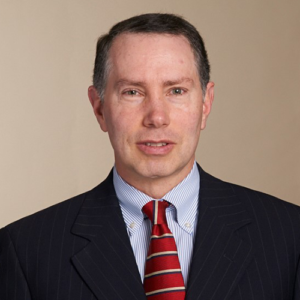 One of the most important steps that an early-stage venture can take is to grant equity incentive awards to key officers and employees. Many of these individuals enjoy and are energized by the process of growing a new venture, but they also work hard in the hope that the equity they are building in the company will yield a substantial payoff to them at some point in the future. It is crucial for the managers and board members who are making those awards to design them properly, to ensure that they do not yield a payoff that is either too easy or too hard or too big or too small. There are also other important corporate governance considerations that play into the design of the awards.

The size of the awards is obviously a key consideration. The goal in sizing an award is to target a particular amount of compensation that is appropriate for the recipient’s position in the company, and also to recognize the degree of leverage that the recipient has over the company’s success. CEOs, CFOs and CTOs often deserve outsized awards, given their crucial roles with the company. It may also be important to provide incentives for key inventors, code writers and other employees, whose salary (particularly in the context of a cash-strapped company) does not capture their importance to the venture. The managers making these awards should be able to defend the relative size of the awards when questioned by the recipients, as jealously comparing oneself to co-workers is a normal human impulse.

Vesting terms are also a key consideration. Time-based vesting is a standard way of handling vesting, i.e. the equity is earned in tranches over a period of time between one and five years, but in many cases milestone vesting is more likely to incent the desired behavior. That is, tranches of the equity vest as (and if) the company meets important milestones in its development, like the completion of a software project, the commercialization of a particular product, the attainment of specified revenue goals, the reaching of a financial break-even point or the attainment of a key contract or other transaction. The company’s circumstances will suggest which milestones are most appropriate for a particular individual. If time-based vesting is appropriate, then the total vesting period will be suggested by the company’s circumstances. Many large, established companies grant equity incentives that vest over three or four years, but an early-stage venture with a relatively short time horizon might be more focused on keeping and incenting key individuals over a shorter period of time. In other cases, however, an early-stage venture might prefer to encourage a long-term commitment from some individuals, suggesting a relatively long vesting period.

Vesting is usually, but is not always or necessarily, synonymous with exercisability. In many cases, the idea of having key employees actually hold stock in the company is inadvisable or distracting. Under state corporation statutes, stockholders have various rights that can, in certain situations, be undesirable, such as the right to demand and inspect corporate records, the right to communicate with other stockholders and the right to sue the board of directors for breach of fiduciary duty. In the hands of a disgruntled ex-employee, these rights can be used or abused to create problems for management. In order to avoid such a scenario, some equity awards provide that they may be earned through vesting but do not actually result in the right to receive stock until the happening of some liquidity event, such as a recapitalization or sale of the company. In such a case, the recipient of the award only realizes value during a liquidity event and does not hold stock and all of the rights that come with it in the interim.

Of course, in a dynamic early-stage venture, the recipient of the equity award might either leave of his or her own accord or be asked to leave prior to the vesting of the award. How the award works in a termination of employment scenario is an important, and often very sensitive, subject. The general rule is that a recipient should be able to keep the part of the award which vested prior to termination but vesting should then cease and future tranches of the award should be forfeited. This is the point of vesting, right? But different situations can suggest different variations from this general rule. An early-stage venture trying to incent a key code-writer with a crucial short-term project might offer him or her the possibility of accelerated vesting if that recipient wants to leave shortly after completing that project.  Most equity plans provide that vested awards expire a certain period (typically 30 – 90 days) after termination. If the company wishes to be generous or otherwise finds it advantageous to waive this deadline, most types of awards permit the company to do so. An early-stage venture might also decide to cease vesting a key employee’s equity award after he or she leaves the company but might waive the termination of the award and let the employee participate in a future liquidity event.

The equity plan and/or award documents should carefully specify what happens on the happening of a liquidity event, like a sale or recapitalization of the company. Different ventures might view different events as ones that should trigger a payoff of equity awards, and these should be specifically spelled-out to avoid major disputes with award recipients.  The provisions of the plan and/or award should also spell out with specificity how the exercise and payoff process will work, in order to avoid creating problems with or roadblocks to the closing of the liquidity event. In most cases, the documents should give the company’s board the right to accelerate and/or cash-out the awards in whatever manner it considers most advantageous under the particular circumstances that prevail at the time of the transaction. The ultimate point of the equity award is, after all, to make sure that both the company and the recipient, after perhaps years of risk and hard work, end up happy in that situation. Good planning is essential to make sure that happens.

Michael Drooff is a partner in Sheehan Phinney Bass & Green PA, practicing corporate, securities and mergers and acquisitions law. He serves a variety of clients, including startup and early-stage companies. He can be reached at (603) 627-8167, mdrooff@sheehan.com.
View all posts by Michael Drooff →