The transition from working for a company to self-employment was not a daunting task for Paula Beauregard. “I knew at a very young age that I was going to own a business, have a business partner, and do something very big, but I did not know what that ‘big’ thing was going entail,” she explained. “I knew all along that self-employment was the path for me, and I’m so glad I took it.”

From the moment Edge Velocity was founded, Paula knew that the company was destined to do great things. She can only describe that journey from co-founding the company to seeing it thrive as incredible. For her, there have been many learning curves and successes, along with a lot of personal growth and some remarkable achievements. 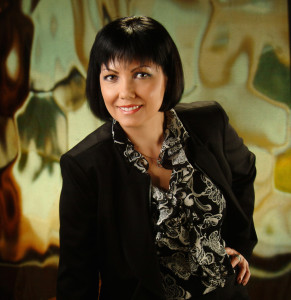 Paula began her technical career working for a partner company of Digital Equipment Corporation in the 1990s. She went on to work for Legato Systems, an EMC Corporation Company, and Third-Rail Broadband Wireless System. “I have been very fortunate to have a diverse background and deep understanding of several technology industries,” she stated, “with extensive management and business development experience in the military, government, and private sectors.” She has 20 years of experience in the industry, serving as CEO of Edge Velocity for half of that time.

Paula credits tragic events in 2001 with changing the course of her life:

When the Twin Towers collapsed on September 11th, the Marriot Hotel at 3 World Trade Center nestled between them was destroyed. I had been booked into the hotel for the evening of September 10th, but my business trip was rescheduled at the very last minute to the following week. In addition, a colleague’s son was on board the ill-fated Flight 93, which was flown into the ground near Shanksville, PA. As information emerged detailing the facts surrounding these events, it became disturbingly clear that first responders did not have the technology to communicate with each other at a time when they desperately needed it.

Her astonishment led to her determination to focus on improving security and communication in the United States, especially for first responders. Paula co-founded Edge Velocity in late 2004, and her business was incorporated in March 2005.

However, starting Edge Velocity brought its share of funding challenges. Paula said, “After 9/11, there was a major shift in the investment community, with new rules and regulations surrounding financial institutions.” For any startup, funds play a critical role in founding and supporting a business, especially in technology, and she knows that navigating financial issues requires a good support system. She noted that she would not be where she is today without her family and her business partner.

Though she relocated the company to Massachusetts for a time, Paula is happy that Edge Velocity returned. She grew up in New Hampshire and loves the state for many reasons. “From a business standpoint, the state has made it easy to 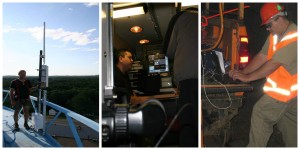 be headquartered here in several ways,” she detailed, “including a reasonable corporate tax structure. For us, New Hampshire is home.” She believes that the state boasts a community of talented people and a legislature that is supportive of emerging businesses, which is why she intends to stay “for a very long time.”

“Today, as more and more people and devices become connected, our industry is becoming increasingly relevant and competitive,” Paula said. “Edge Velocity is one of the few companies to actually deliver solutions that rapidly connect unrelated devices and machines together.” She believes that their technology and vision for the future will play an essential component in helping save lives and drive the next wave of industry growth. 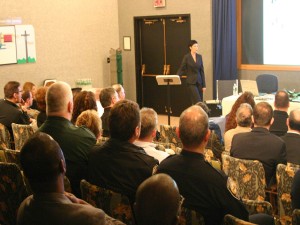 Paula has always been a dynamic force behind the company’s vision, even though there was a brief time in which she was not the CEO. It took a firm statement from David Lippke, Senior Executive Vice President of AOL, to give her the push she needed. He told her, “Paula, you are the CEO of Edge Velocity. You have the vision, the drive, passion and ability to serve as CEO. Get the job done.” Those words validated what she knew deep inside — that she was the right person for the job.

When giving advice to others who are starting businesses, Paula instructed,

Always listen to your gut. Learn to use this valuable tool, because it will guide you when you need guidance the most.

Edge Velocity in the News!