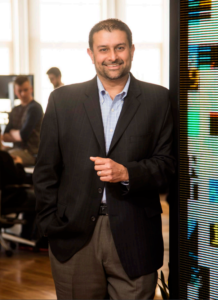 Since 1996, SilverTech Inc. has provided custom solutions to the digital advertising needs of a diverse array of customers. Through innovation and adaptability, SilverTech has driven itself to the cutting edge of the rapidly evolving digital marketing industry.

In between completing his graduate work and founding SilverTech, Nick Soggu worked for a year at Digital Equipment Corporation. When faced with the choice between staying in the greater Manchester area or staying with Digital and relocating, he chose to stay in his home region and got a position at Lotus Corporation in Massachusetts. After a year, he left for a number of reasons, not least among which was the commute, and founded SilverTech.

He recalls the transition to self-employment being marked by a “fear of the unknown.” However, from his education and tenures at Digital and Lotus, he had acquired a technical expertise to fall back on in the event that SilverTech did not work out. In hindsight, Soggu says, “having multiple plans in place” helped mitigate much of the “uncertainty that entrepreneurship brings upon itself.” 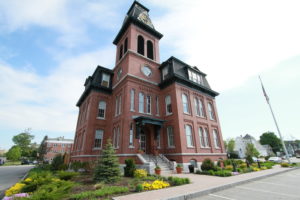 This technical expertise ultimately began driving SilverTech’s development. Initially, SilverTech’s focus was web design, which, in the nineties, was a far more labor intensive undertaking than it is today. They initially wrote software tailored to the individual needs of their customers that could be deployed on their websites. Technological advancement has enabled many to construct brochureware with relative ease, “but the minute that you need to have data about a customer accessible through that website, that’s when you start to get some engineering leaps that need to happen,” which is a technological niche that SilverTech has settled into overtime.

“Slowly but surely,” Soggu says, “one piece at a time… over the course of two or three years, we had dozens of customers.” In tandem with the growth of their clientele, their personnel grew “one or two people… at a time.” Furthermore, their range has spread slowly outward from the greater Manchester area throughout the country. Soggu attributes this growth to an internal recognition and further development of the company’s strengths stating that

“As you grow, you realize that you’re strong in certain verticals… for us, financial services, healthcare, and higher education are [our] three strong verticals… As we are involved in conferences for some of these types of verticals and as we are attending various networking sessions that some of our peers go to that are specialized and cater to these verticals, we’re meeting brands that are more national in range.”

Now, eighty-five to ninety percent of their business comes from outside of New Hampshire. Soggu describes this growth as “slow, steady, [and] sustainable,” being “built upon our clients coming back to us.”

Like many, Soggu was drawn to New Hampshire because of its high quality of life and accessibility. Throughout the process of developing SilverTech into what it is today, Soggu says their biggest asset was the local chamber organization, which connected them to the numerous resources within New Hampshire. 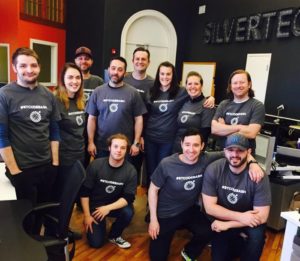 Crew Shot for #codebash: Website Built in One Day

From his experience, there are enormous benefits to doing business in New Hampshire because its size alone gives you “access to all of these different leaders and services” that would not be nearly as accessible in larger and more populous states. There’s a “strong network” of “people up here [who] are… open and friendly to helping out and mentoring and seeing other people’s successes.” At the same time though, the staggeringly low unemployment rate at present has made “hiring tech talent… a major issue.” In order to combat this, SilverTech has developed partnerships with local universities to ensure that the labor market will not hinder their growth and continued success. 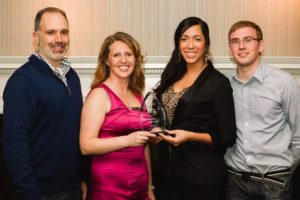 According to Soggu, the biggest challenge to developing a successful startup is simply “what you don’t know” from where you presently stand. In response to this reality, he advises up-and-coming entrepreneurs to develop an advisory board early on that will lend wisdom and experience to burgeoning enterprises. Moreover, “a strong banking partner or financial partner,” more specifically one who understands your vision, “is an underpinning of most entrepreneurs.”

Furthermore, SilverTech’s growth on a national scale demonstrates the benefit of getting “involved with your peers and network[ing].” Finally, he emphatically believes that “nothing enables the odds of success to be greater than hard work. If you’re going to do a startup, you need to eat, live, and breath that thing.” 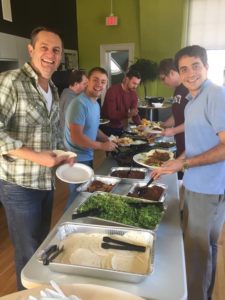 Looking ahead, the key to SilverTech’s growth in the future will be constant anticipation of and adaptation to the “next tool, system, integration—whatever it might be—that… customers are going to need in order for them to do their jobs well.” Soggu believes that stagnation and complacency, or as he puts it, “resting on your laurels” is the bane of entrepreneurship. In the absence of formal business training, Soggu points to “an ability to learn,” which has allowed him and SilverTech to continuously evolve and adapt to the challenges of entrepreneurship. “The biggest takeaway I have,” he states, “whether it’s in startups or entrepreneurship or just in life, you just want to be always learning and absorbing information and advancing because that is how you will grow in life.” Ultimately, this is what has and will continue to drive the growth and success of SilverTech.