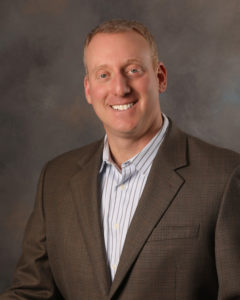 Since 2003, Single Digits has provided unique, comprehensive solutions to guest internet access that has remained on the cutting edge of the industry. Through flexible solutions custom-fit to the individual needs of customers and a relentless, single-minded pursuit of success, Single Digits continues to serve a global market and be a leader in the New Hampshire high-tech ecosystem.

Prior to founding Single Digits in 2003, Bob Goldstein and Steve Singlar both worked as salesmen for Cabletron Systems. While making cold calls was anything but his ideal occupation, Goldstein says that it was there that he first learned the fundamentals of business. His initial experience in sales oriented him around interaction with customers and their satisfaction, which has been a driving focus of Single Digits. After a few years, Goldstein left Cabletron Systems for a startup, RGS Communications Inc., where he installed cable and learned the technical side of the business.

Goldstein and Singlar both recognized an opportunity to innovate in the then emerging market for public internet access. Before Single Digits became a reality, the idea that “you could walk around with a laptop… show up at a coffee shop and get internet” was novel. At the time, “there were all these different models [of guest internet access] starting to emerge,” a fray within which Goldstein and Singlar founded Single Digits. They started Single Digits because they “saw an opportunity in the market” to create a new, comprehensive model of guest internet access. In the initial stages, they focused primarily on developing “a software product around WiFi that enabled guest internet access, which [they] thought was the right niche to focus on.” Their initial growth, however, was slow due, in no small part, to the numerous and somewhat disparate elements of constructing a public internet network at the time, which prevented a customer from simply purchasing and deploying their software. However, in this lethargy, they saw an opportunity to rework and reframe the solutions that they provided to their customers, which ultimately fueled their success. This required a major restructuring of the company.  Goldstein states that

“At the end of 2005… we were a twelve-person software company and we weren’t making any money. At the end of 2006, we were a five-person turn-key guest internet solution provider… we made some money, the company grew, and we were positioned, in ‘07 for some really explosive growth because a couple of the deals we had done put us in front of some large multi-site deals. ‘07 was the year that we turned the corner from a 700,000 dollar a year to a 3,500,000 dollar a year company.”

They realized that “if we want to move the market, we have to control all of these components,” drawing from their previous work in and knowledge of the industry to develop a comprehensive product. Goldstein states that they were “two really hungry sales guys who understood the technology and… focused on what our customers were saying to us.” In this way, they “were able to deliver not just a software service but… a turn-key package, which is really how the product is sold.” Initially attracted to New Hampshire for an array of reasons, ranging from its business climate and low taxes to its natural beauty, Goldstein and Singlar found the addition of service components to their product—a driving factor of their success—to be made possible by the economic landscape of New Hampshire. This focus on innovation and customer service in the development of its business model has fueled the explosive growth and success that Single Digits has experienced in the past decade.

Goldstein’s time at RGS Communications during the post-9/11 recession prompted him to begin considering the difference between recurring revenue, which is far easier to secure through providing maintenance services to customers, and product revenue—which Single Digits could likely have been confined to had they remained exclusively focused on software development. The addition of service elements to their software products ultimately fueled a more sustainable revenue model.

The development of this successful business model took a “few years of tinkering” during which “the inertia that started to drive revenue took a long time to develop.” They invested almost every dollar they made back into Single Digits, sometimes even at the expense of their own paychecks. In the beginning, they resolved that every customer would be profitable. This, according to Goldstein, is “a more thoughtful and conservative approach” that built a sturdy foundation for the growth and success of Single Digits.

Looking back, Goldstein says that his biggest resource was having Singlar as a business partner, who functioned as everything from a sanity check to motivation to keep working in the most difficult times the company has seen. “It took two of us,” he says, “to convince each other that we were committed [to Single Digits]” in those early years. When asked what words of advice he’d give to young entrepreneurs who stand now where he once stood, Goldstein emphasizes, the need for complete and unwavering commitment to the success of the business. “If you have a backup plan,” Goldstein says, “that means you have a plan to fail.” Without a certain belief that Single Digits was going to succeed, Goldstein does not believe that it would have.

In the future, “my hope and belief,” Goldstein says, “is that Single Digits is going to be the predominant provider of enabling access to disparate WiFi networks and making them feel like a cohesive whole.” Looking ahead, Goldstein believes that while acquisition by a larger company could be a logical future stage for Single Digits, it could also remain vibrant as a stand-alone enterprise. Regardless of what direction Single Digits goes, the thoughtful approach to business that has fueled and sustained the company’s growth will continue to guide its operation and bolster the New Hampshire high-tech scene on the national and global stage.